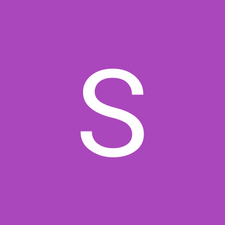 Help - MacBook Air 11" Will not charge after new battery replacement

Started out one day I had MacBook Air on charge went to pick it up and the battery had malfunctioned and swollen up. Easy fix I thought to remove pressure and any damage to the case and internals I removed the battery while I sourced a new replacement.

The MacBook was still fully functional on charger without the battery the charge LED is green. New battery tuned up installed and charger showing green but system not showing any battery installed under system report or in top menu bar.

Suspected faulty new battery so supplier sent another new boxed one, but same symptoms. Charger LED green, system information and top tray not showing any battery present. Going into settings turning on “show battery status in menu bar” its shows up for a second then disappears.

Looking for any help on what parts if any to replace next, have also tried second spare charger same result. The laptop works fine on charger but remove charger and it isn’t taking power from he battery and turns off immediately.

No one can tell what’s the issue, without some logic board testing we are in guess land..if you want to try and do the job yourself it would be reasonable to attempt replacing I/O board and relevant connecting cable. These are the parts you would need:

Confirmed it seems to be direct replacement for the one that was removed.