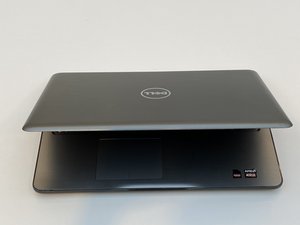 15" laptop manufactured by Dell at the end of 2016. The laptop is very configurable, uses 7th generation processors and has a grey plastic chassis. 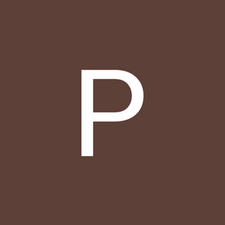 I have an Inspiron 5567. It’s 1yrs old and the battery shows ~27WH remaining capacity from 42WH (original).

The problem is that after bms reports 0 energy left windows shuts down. If I turn it on it says battery is flat, no more energy left bit still works fine. It can run 2 more hours with ~5000mW power need. So as I calculated there is 10 WH more in the battery. The same at charging. It reaches 99% and stuck there. 10 more WH goes to the battery without problems and then jums to 100% and finishes charging. That 10+27 WH from 42 is looks fine form me for a 1yrs old laptom mainly used from AC power.

I think the battery is ok only the bms coulom counting algorythm is driftied that much. On my other Lenovo laptop the recalibration is done automatically when I do a complete full discharge-full charge-full discharge cycle. I tried the same on this dell without succes. Is there any method or software to recalibrate dell battery capacity counter?

You don’t get the problem I think. Let me describe it again.

The cells are fine. If the reported capacity and the real capacity would be the same (27WH) there’s no way the laptop with it’s original charger can put 10 more WH into the battery and the battery can hold that extra charge.

I know that Li-ion batteries lose capacity over time/charge cyle. But you shoud see clear how Li-ion BMS/protection/SoC(state of charge) approximation works. It’s use a method called coulomb counting. The idea of CC is to count the electrical charge coming from /going to the cells. It’s integrating the current between the battery and the load. The BMS(battery management system) measures and calculates everything. The problem is self discharge and losses inside the battery. The CC method use full capacity and the integrated charge, subtracts them and gives the result as the SoC. But the integrated value can drift from time to time because of the losses and self discharge. On Lenovo batteries it’s not a problem. If you do a full discharge (not by windows but until the BMS cut off the battery because of too low cell voltage) and then you do a full charge (not by windows but until the BMS stops charging due to maximum li-ion cell voltage) the BMS can calculate the REAL capacity of the battery. Resets it counter to that value and you can use the full capacity again.

If you would right then my battery should be really hot because of overcharge and when I discharge it the the laptop would turn off at 0% percent (and not running 1-2 more hours).

I’m an electrical engineer, I’m not trying to defy the laws of physics. I know that the cells are good, they can hold ~37WH out of initial 42WH (12% loss in a year = normal for Li-ion), the BMS reports wrong capacity, Lenovo can handle this problem, DELL is as good company as Lenovo so they must have a solution also for this problem.

So if anyone know the trick or official method to recalibrate a DELL battery please don’t hold back. Too many good batteries thrown to trash due to this SOFTWARE issue.

The only ways I can really think of is pushing in a pin into the battery reset hole in the battery, or letting the battery drain from full on your device. This program might help but I’m not sure: http://osirisdevelopment.com/BatteryBar/

@mayer is probably better at helping you with this.

You can’t just calibrate a broken battery and get it to work better, if its life is over then it’s over. Calibrating them to pull out more power than they have is quite dangerous actually and could cause a fire. Your going to need a new one.