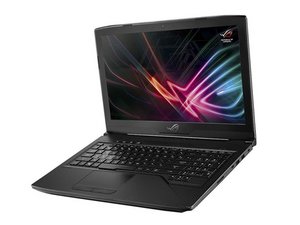 Few weeks ago my laptop shuts down on me when on battery. It happened like 3 times a week, but it wasn't big issue for me. I thought that this is battery problem.

Few days ago it shut down when on AC first time. It was getting worst and worst.

Now it shuts down few seconds to few minutes after boot.

I checked RAM, swap hard drive, swap SSD, checked on bootable Linux, on battery or on AC or on both. I made cold resets, checked on different operating systems. Everytime result is the same. It shuts down sooner or later.

I made also stress tests. Time which it take laptop to shut down is not corelated with amount of procesor load.

Any ideas what is wrong? Later I will reload BIOS, because I noticed that sometimes the CPU temp. shown in there is 0°C.

PS. 4 months ago I spilled beer on the laptop, but I reacted very quickly, disassembled it and checked everything. I was under impression that water didn't hit motherboard.

edit: I fixed it by flashing older BIOSes multiple times.

A quick question on this I have this machine and its been sent away for the same issue…. I know it sound funny but if you apply pressure to the centre of the keyboard does it switch off ?

What did you do once the beer spilled on it exactly?

Full disassemble and cleaning with alcohol

you used isopropyl alcohol that is at least 91% right?