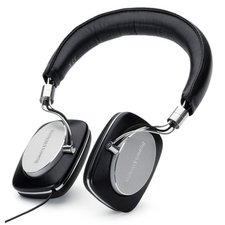 Released in 2010, the Bowers and Wilkins P5 headphones have replaceable earpads and cables. The P5 Series 2 was released in 2014.

Why does my bluetooth connection keep disconnecting?

Brand new B&W P7 Wireless headphones and they keep disconnecting at times over and over and at times they work for an hour perfectly.

So the bluetooth adapter I’m using (Avantree new saturn pro) is working flawlessly with my bluetooth speakers from JBL, therefore my assumption is that my Bowers & Wilkins P7 Wireless headphones are faulty (the integrated bluetooth).

Can someone confirm this?

In a few days I will receive a new bluetooth usb-adapter to confirm it is really the headphones and not the bluetooth adapter but that is already pretty obvious.

Do you have the replacement battery for B&W P5 wireless headphone? It could be original or equivalent. I will appreciate your response.

I don't have a replacement battery for the model B&W P7 Wireless, since I had to return the presumingly defective pair of headphones.

The headphones were never defective!

Either the bluetooth adapter from “new saturn pro” bluetooth class 2 by avantree is garbage, the signal too weak or it is defective.

Since I got another bluetooth adapter by avantree, the so called “LEAF” which is bluetooth class 1 (best class), it works flawlessly with the new replaced Bowers & Wilkins P7 Wireless.

When I tried the new replaced B&W P7 Wirless with the “defective” bluetooth adapter “new saturn pro” it turns out to cut out the sound all the time, as much, that you can not enjoy any audio coming through it.