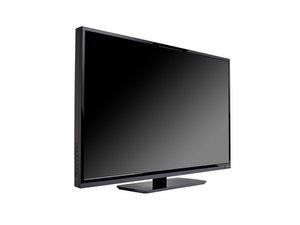 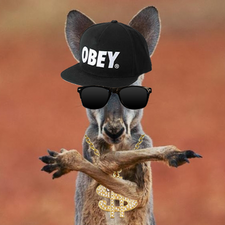 Starting off, ifixit doesn’t list the Vizio ech-c1, so I chose the closest device. Sorry if this post is misleading.

So it started when the backlight on the TV stopped working. I did the flashlight test, and there was an image, just no backlight. So I bought a replacement kit (https://www.shopjimmy.com/vizio-e28h-c1-...) and replaced the boards. When I tried to power the TV on (tried without a back to make changes easier), there was a flash inside the metal casing, and it powered off. No pops, no clicks, nothing that would indicate a bad capacitor.

This video (https://youtu.be/EtH2DuyChH0) I recorded shows the issue. The power indicator is on the bottom left here. The flash is most visible in the white holes to the right of the green pcb, but it appears anywhere you can see underneath the initial metal sheeting. I have not opened up the TV any further than the PCBs. The screen does not display anything during this process.

The image attached is what it looks like for the one frame where the flash was caught. 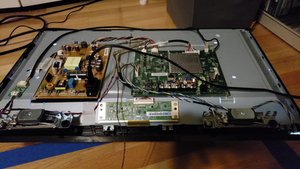