My MacBook Pro's battery was swelling so I had to have it removed. Since the store that did it doesn't stock this battery, I'm now using the computer without a battery until they can order one.

The computer is out of warranty and Apple quoted me a ridiculously high price for a replacement, so I had to go to a 3rd party repair shop.

I've noticed a few things, some of which I know are normal, but others I'm not sure of. 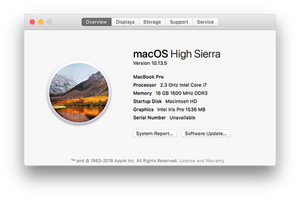 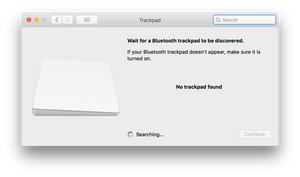 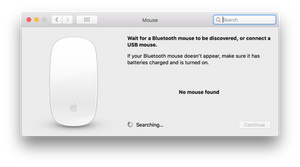 So I'm wondering how much of this is normal for an absent battery. Is the "no trackpad found" thing related to the serial number missing? Why is the serial number even missing, will it "come back" once a new battery gets installed? Or will I have to use the Blank Board Serializer tool to re-set the serial? Will that also fix the trackpad issue?

Has anyone here used a MacBook Pro without a battery? Did any of this happen, and did these get resolves by installing a battery?

Could the repair shop have messed something up while removing the battery?

The shop has told me that they can't order a genuine Apple battery because apparently Apple doesn't sell them. So it's going to have to be a non-genuine battery. Is that even a good idea?

Is this a good question?

Please answer what he asked, people need help on the same issue.[br]

everyone knows how to change the battery describe the issue with missing the serial number after changing a battery.[br]

A quick fix to get back in the game

A quick fix to get back in the game

It’s probably lost the setting for your network and printer too. It may lose the time and date if you are not connecting to the internet. Don’t worry about the anomalies until after you have the new battery in, charged it up and reset your preferences. It’s a little bit of work but you can replace this battery without taking it to a shop. Here’s how:

You can get just the battery or the kit which includes all the pessary tools to do it:

Was this answer helpful?

Thanks! It seems my network and printer settings are still there though. Do you think these issues will be resolved once I install a new battery, will the serial number return?