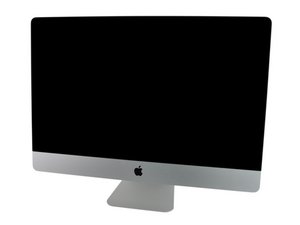 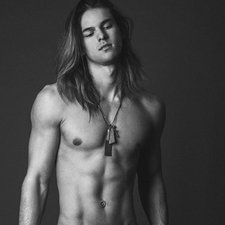 I forget what was my password and I can't remember it, now I did tottaly format my hard drive and because I do have Firmware password I can't install any OS on this machine iMac 27 with i5 CPU intel.

Hello Daniel, I'm going to assume you are in fact the legal owner of the iMac and post a link that answers your question. This article refers to a Mini but applies to your computer as well. Read the article and follow the directions and you should be able to use your computer again. I would suggest you save all passwords--you never know when you will need them. Good luck.

+ Nice article. Thank you for sharing it.

You're absolutely correct sir, that password was entered to protect that Imac from unauthorized access. Your best bet it to take it back to where you bought it from and get it cleared. It's a mid 2010 machine and still under warranty and someone put that password in less than nine months ago. I'm sure you registered it with Apple and they will be able to give you entry to the machine. Just contact them here anywhere in the world: http://support.apple.com/kb/HE57

Please don't get angry with me if the hardware and the software are doing what was intended by Apple and not allowing unauthorized access.

Aren't you happy that I will not tell someone else that might steal your machine how to access your data?

Your answer do not give me answer to my question! Instead you ask instead of answering my question!!

The matter is NOT why I did install Firmware password! This password i already been set it once! I thought it may protect my iMac! And later I didn't even think about it! so that why I forgot what the password was! Until there was no more room in my harddrive and I needed to update my harddrive to a bigger one!

But than I remember that I did once/ long ago install a Firmware password which I no longer remember!! and Coz of this matter the system not allow me to install any OS in this machine!!! Not even when I put back the original harddrive which I already formated and it is totally empty now! But I still can't install any operating system on this machine/ iMac 27.

Daniel Storm, take it easy. Everyone here understands your frustration but no need to get all angry at people that are trying to assist you. Sometimes more information will help to assist you.

Id would think disconnecting the logic board battery would do it.

Hi guys, same issue. I repair computers at cameras in palmetto. Bay Florida and, the owner had just bought to 27” imacs but, had them reset but forgot the password on both. He is a relatively wealthy guy and, ex police officer but, he is on the older side and usually keeps his passwords on an older pda. At any rate, he lost his little memo taker and handed me the imacs. I was able to quickly get one ready and upgraded to high sierra but, the other one was apparently handled by a jealous tech and, the firmware password was apparently set. I say apparently because after trying all standard solutions from keyboard commands to Ram and battery removal, I have not been able to reach anything but the dark gray lock so, I'm beginning to suspect third party software but, I just don't know enough about newer imacs to be sure.

I just read a post that suggests the utilities menu comes up after a while after getting to the grey lock and, I will try that at the shop tomorrow but, I surely would appreciate some guidance!

Best to you and, may you all have a wonderful weekend!