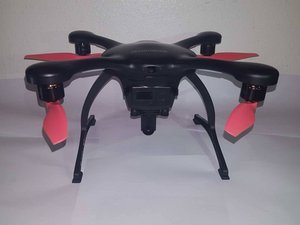 This second generation drone was first released on November 4, 2015. The Ehang GHOSTDRONE Aerial Plus 2.0 includes a 4k sports camera, VR goggles for first-person flying, and iOS/Android compatibility for drone operation. 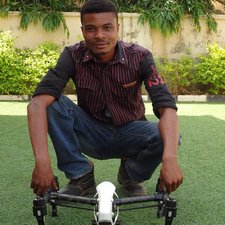 My ghostdrone not connecting to device

ok. thank you ifix... am having serious troble connecting my ghostdrone to my device even after connecting the g-box and the VR goggle but wont just connect to device.

I tried binding it but still no respones from the drone.

Is there a way round it.

I have the same problem, and can’t find anything online for it!! I bought my brand new with a bad battery on offer up, and just ordered a refurbished battery on eBay! But when I try to connect the drone the first time all the colorful light when on and I connect the app and everything so it asked me to update the firmware and I did. After that the drone does not connect at all! I am able to connect to the vr but the drone does not connect. When I do the binding it says it’s successful but after 3 sec it shows disconnected! The green light on the front blink a few time and it goes off and the drone starts making a really annoying noise! I have tried pulling out the sd card removing all the files ( I saved the files on the pc just in case) and replacing it with and empty sd card but nothing and the green light doesn’t even turn. So I put the files back into the Sid card and installed it back on the drone!but I still get nothing only the green light blink and the annoying noise start again. I tried connecting to the pc using a usb cable and the user toolkit as the official EHANG website suggests but even there the drone does not connect. I don’t believe it’s a hardware problem but a firmware problem! The worse part is that EHANG from what I understand is no longer doing updates on those as they are apparently no longer on the consumer market. I should’ve done more research on it before purchasing! But all I did was watch a few YouTube reviews videos on it! I have new had or even played with a drone before so when I saw it for sale on offerup for only $60 I had to have it! At first I thought I could fix the battery cells myself they were only $35 on amazon prime and how hard could it be to solder a battery cell.( apparently you need a spot welder which I don’t have or know someone who does) and that was mistake number 2! Lost another $35. So I found a refurbished battery on ebay from a really good seller for a little over $100 and he gives you a rebate for your core! Here is the link for the battery