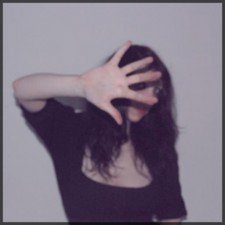 Mac randomly shuts down, now not starting up at all

Hey guys! I wonder if anyone could give me any advices. I have an Apple MacBook Pro "Core i5" 2.4 13" Late 2013 and it completely died on me now. First it started by randomly shutting down about 2 days ago, I tried everything the internet suggested SMC reset, PRAM reset etc it was running fine in Recovery and Safe mode and after I reinstalled the OS the problem seemed to occure less frequently however now it's really struggling to turn on. Every time I close the laptop it shuts down completely (screen goes black no sounds it's completely shut down) and it takes several tries to force restart it. I installed a battery checker and according to that the battery is healthy and only has 600 cycles on it, run the built in diagnostics which came back with no issues and tried first aid on the drives too they had no issues. This morning I tried to turn it on again but after an hour trying no luck at all, when the mouse is connected on the bottom the light flicks up for a second so it seems there is a power surge but apart from that nothing happens. The laptop is not overheated either and the charger is connected and when I connect it to the charger the charger lights up like normal so it is charging . It's a very bad timing as we are traveling SE Asia and currently in Kep, Cambodia and there are no repairers nearby suggested by Apple so I would be a bit dubious handing it over to someone. Any help or ideas would be greatly appreciated.

You need to disconnect all external devices connected to Mac before running Apple Hardware Test.