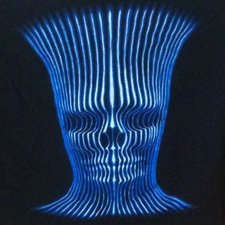 I just bought an 11.6" 128GB Macbook Air and love it... only problem is I already have about 100GB worth of stuff on the HD. I was planning on buying one of the 256 PhotoFast SSD's when available, but apparently Apple just put a stop to that. Does anyone know if the 256GB HD from the new 13" Macbook Air will fit in the 11.6. I have heard it is slightly thicker, but have yet to hear if it will actually fit or not.

Thanks for any help on this!

The SSD modules used in the Late 2010 MacBook Air are the same for the 11-inch and 13-inch models. The only difference is "thickness" of the SSDs, with 64GB and 128GB modules with chips on one side, while the 256GB module has it on both sides.

The 256GB SSD will fit in the 11-inch MacBook Air, but with a little "play" to it, albeit reverse. It will curve a tiny bit, very minor, but it works. As the saying goes, YMMV, or your mileage may vary.

(I was successful in getting mine upgraded from 64GB to 256GB before I read the thread elsewhere in these forums about the 256GB "not" being compatible. Which is both true and not true. I have not had any issues so far and everything is working great. Other "proof" is that OWC sells the larger capacity SSD upgrades as being compatible with both the 11-inch and 13-inch models and those SSDs are double-sided chips).

i will not fit.

if you actually look at the photos from teardown of both devices, you will find, that smaller air does not have hdd. it has ssd, which is on small board attached to motherboard...

Thanks for your comment, but if I'm not mistaken the new 13" macbook air also has ssd on board attached to motherboard.. my understanding was that the 256 in the new 13" MBA is same, but slightly thicker than the one in the 11.6" MBA.. I was wondering if anyone had tried to swap them yet.

It will not fit. The 11.6 has chips on one side of the ssd whereas the 13 macbook airs have chips on both sides of the ssd.

OWC shows their 240 GB SSD module is compatible with MBA 11".