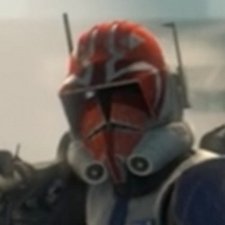 So seeing that the iPhone 7 has a new battery with a bit more power, it made me wonder if you could theoretically mod the 7 battery to work in a 6S?

I mean they both use 4 pin connectors? I would assume iOS could detect a 7 battery and use it correctly(charging , etc) but I don't know for sure.

As for the battery connector, maybe soldering is possible?

iOS 10 made the iPhone 6s battery crap! As well as iOS 11, I would’ve put my iOS 9 iPhone 6plus battery in my 7 Plus or even 8 plus since it’s bigger and lasts longer! Physically bigger and optimized by the 8 plus , oooooh! Would’ve been amazing! Hopefully it’s software because iPhone 7 Plus battery is worse than the 6 plus! Both software and physically MAH wise

I put an iphone 7 battery in my iphone 6s successfully too. Had to bend a little the cable connector to fit as described. full capa 2000mAh now! thanks all

I can’t show the inside of my phone now, but I’ll try to explain: the ribbon must be bent in the form of an S (because it too long). it should be placed at right angle to the lower wall of the housing. In graphic form it looks like this

/Top view : S /Where ribbon is sitting on the wall

The width of the ribbon should allow the fit. I didn’t have any problem closing the unit. Unless your battery is very fake(?) hope it helps

I can’t show the inside of my phone now, but I’ll try to explain: the ribbon must be bent in the form of an S (because it too long). it should be placed at right angle to the lower wall of the housing. In graphic form it looks like this

Top view : S Where ribbon is sitting on the wall

The width of the ribbon should allow the fit. I didn’t have any problem closing the unit. Unless your battery is very fake(?) hope it helps

I did this and it works fine. The flex wire is a little longer on the 7 battery and you may have to bend and connect to the 6s connector in motherboard - no issues and i even get a longer screen (+ 2hours approx) on time due to the higher capacity.

Okay so let’s go over this. The iPhone 6p, 6s, 6sp all use the same connection. I can speak from personal experience that the 7 battery will work just fine in the 6s so that means that the iPhone 7 battery works in the iPhones that work with the 6p batteries. (Aside from cable size) the OP is asking if the 7p battery will fit in the 6p. For that I have tried clipping the 7p battery into the 6sp since I use those batteries for testing when microsoldering if my cable set is being used elsewhere. That being said I tried it one time so have Just been a dummy as the 7 and 7p FPC connection is the same. To add to this just because I have had a positive experience with using a 7 battery in my 6s does not mean that the contacts for the data lines are the same. It also does not mean that it will not cause damage to Tigris or Tristar. I would advise you to use the respective battery for your device. Also if you really want to then you can use the 6sp battery in your 6p. That is fine to do. In the end it’s a battery as long as you don’t have a polarity issue then you’re fine in theory. With battery explosions happening from time to time I don’t want to stick my neck out and say oh yeah sure bro go for it.

That means its possible to use the iPhone 7 Battery in an iPhone 6s?

That would mean an additional 245 mAh. Can you confirm it works?

EDIT: just realized that the voltage level differs by 0.02 V...

Hi yes you can use iphone 7 battery for 6s as I did and its running smoothly and of corse longer battery life. Only the flexy cable longer you need to fold it to shape and fit. Atb

No. 6 batteries got different plug as 7 batteries also why would you put it 6 battery to 7? 7 battery much more ah

battery from iphone 7 plus on iphone 6s?

No this will not work as the battery connection into the circuit/logic board is different between these two models, so it physically will not fit.

It would have been nice though.

ok, but who klnow the exact size ip6s vs ip7 batteries.? if it's the same, then teoreticaly we can detach and swap the battery controllers. The battery cell only has 2 terminals - and + . I 've done it for nokias. Somebody compare the sizes?

Hello. I confirm that i put a iphone 7 battery in iphone 6s and works perfect making my phone more powerfull! You just need to bend carefully the cable!

Would the sudden increase in capacity play havoc with the phones power management system?

The Gold Batteries have been reported to have just the same capacity as the default ones. See here:

Gold, high capacity battery? What is that?

Forget it buddy its low quality chinese copy can damege your phone.

As I commented abowe use iphone 7 genuine battery for 6s it works.

i now see this screenshot is the older version of Battery Life pre IOS 10 with the cycles and other features removed.

Anyone actually seeing 1950mah and in what app?

Try 3Utools on windows computer or Coconut battery on Mac.

On my 6s with an iphone7 battery: i see 1950mAh on ios9.3.1 using coconutbattery for ios (removed from appstore) and battery health (also removed)

What iPhone battery could I use in my iPhone 7p? Does any other size work on the 7plus?

Can I use iphone 6s battery in iPhone 6

i have been using a 7 battery in my 6plius for almost a year , extended battery life and speed

just buy the right iphone 7 battery, there are some high capacity available as well [Link Removed]

it works but don’t as simpe as it looks like. You will need to change the electronics too. Phisecally OK, connectors OK but when i installed without changing the circuit my 6s reboots in 2 minutes everytime. If you soldier the 6s circuit to the 7’s cell it will works and fine.

I hope it will help you!

The iPhone 7 battery will fit and work just fine in iPhone 6s. You only need to bend iPhone 7battery ribbon in s-shape (as I did) because it is longer then iPhone 6s ribbon. Make sure to use an original battery otherwise The benefit will be very subjective rendering the whole operation useless. Another thing I noticed after a prolonged use and several drops: The phone stopped charging . The breakdown revealed that the battery ribbon partially disconnected from the socket. It’ it's either the battery was fake or the iPhone 7 battery connector was thinner. I put some tape on the backside of the metal plate holding the battery connector to the phone body. no problems since then.--

. I bent he ribbon this way

So I have an IPhone 7 plus almost 3.5 years old phone and its 295mAh battery is almost dead though it shows 80% battery health remaining but I think its rather only 20% and apple is coding it to prevent it from going below 80 as it'll block peak battery performance.

So coming to the point, I have a bricked iPhone 7 and 6s Plus in my box. I opened them both and found iPhone 6s plus battery is actually bigger than 7plus battery, so I tool battery out of iPhone 7, which is way too smaller. I glued some double sided tape near to battery so that it won't move.

Finally I clicked the start button and guess what, It was drained out so I threw it over the charger for an hour and half.

Clicked On button and my phone came back to life. No bootloop, no lag, no glitch.

Battery health in app menu shows 97% battery health and I have tried playing games over this new battery and a 30minute Pubg Mobile takes about 8-9% battery, So I could now play approx 10games with full charge.

No mod needed, the connector is the same, the 7th’s Battery ribbon is just a bit longer, you need to Carefully bend it to S shape for it to fit into the bay. PS: the effect will only be noticeable if you use a Very good or original battery.