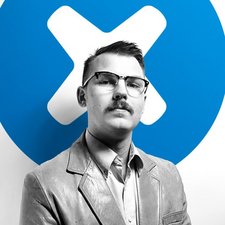 Why is my keyboard an trackpad unresponsive? How can I fix it?

I recently purchased a damaged MacBook Pro Retina 15" off eBay (dangerous I know), and everything works great... except the trackpad and keyboard. The power button works, which is a bit odd given the fact that the rest of the keyboard doesn't.

The computer came with a broken screen, lacked most of the internal screws (haven't received the screw set yet), and came with no SSD.

I've replaced the screen, installed an SSD, at which point I found that the keyboard and trackpad doesn't work. The trackpad being one of the Taptic Engine trackpads vibrates, but doesn't do anything else. An external mouse and keyboard do work though.

I ran Apple Diagnostics and found error NDR001, which Apple's site says is related to the trackpad, and to schedule a Genius Bar appointment. (Thanks Apple.... although it may be a good option to at least get an estimate)

I ordered a keyboard and trackpad replacement to attempt to replace them and fix the issues, however, upon receiving them and connecting them, I have the exact same issue. Power button doesn't work, and the track pad doesn't work.

I'm pretty confident at this point it may be the logic board that's messed up, and not the keyboard and trackpad. However, I'm inclined to put the screws in when they arrive tomorrow, to see if that fixes the issues, but I'm not hopeful. Additionally, I've already tried doing a NVRAM reset and a SMC reset, but still not dice.

Does anyone have any ideas as what to troubleshoot next?

Try a new trackpad cable, it is common for this to not work in 2015 13" and 15" models, which will also stop the keyboard from working

Thanks for the suggestion! The trackpad I ordered actually came with a new cable, and no dice, but I'll try it with the original trackpad as well.

In that case, it is most likely logic board related, if the cable is definitely not faulty :(

Check the connector on the board where the trackpad plugs into, for any corrosion. Also check the back of the board for this, there are some components for X249 boost for the trackpad, if these are not good, the trackpad would not work (which would cause the keyboard issue too). Unfortunately there are no board view files for the A1398 2015 yet, so this is very difficult to know where the components are and what values they should be.

If not these, probably some SPI signals missing from the PCH, in which case the board is junk. Sounds like you were sold a Macbook where the previous owner took the SSD and good screen to sell, and put in a bad screen so they could sell this as a full unit.

Tried the new cable, sadly still no dice. Just for good measure I did clean the connectors with rubbing alcohol and no joy.

I purchased it from a company that appears to sell a lot of damaged laptops, so anything is possible.

Ok, it will most likely be the PCH or X249 boost circuit. Being as the board view for the 15" 2015 model is not available currently, I would recommend either keeping hold of it (until it is available) or contact the seller.

Would recommend avoid buying MacBooks from other repair companies (or eBay) in future, most companies swap out the good high value parts for dead/broken parts, so it is usually junk. Try to buy from insurance companies (or resellers for insurance companies) if you do want to order from eBay. Best place is buying them from your own repair customers, if you can't fix it or it needs too much work. I do this, it means I can check them out when I get a chance, use some for spare parts and not pay eBay prices for a broken MacBook :)

Actually @mike, my mistake. If it is the 820-00163 version of the 2015 model, there are board view diagrams available (just not 820-00138). If you are comfortable with logic board repairs, I would recommend checking this out.