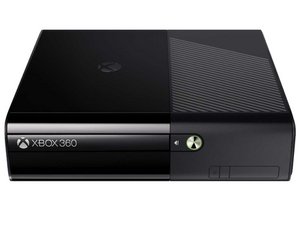 My Xbox 360 is overheating for no reason!

this is the first time i have ever asked a question on ifixit , okay here it goes.

it starts over heating for no reason , i mean i just started up the Xbox 360 and it starts overheating. my power button starts flashing red and the fan starts spinning

like crazy when i start it up. It booted up 2 to 3 times but after that it didn't even boot up. it just turns on and then it closes. Before the problem my jtag used to blink after every 6 seconds and now my jtag just blinks once and it starts over-heating , the flashing light on the jtag means it is trying to boot up.

From what I've read about JTAGing and modding the Xbox 360 in general, this sort of problem is not that uncommon. If its overheating, there may be an issue with original soldering done for the JTAG.

Here is what I would recommend trying:

1. Checking the soldering joints on the JTAG - are they neat and clean? In soldering, if the joints were done messily or the iron was to hot, it may have damaged some nearby components.

2. Try removing and replacing the thermal paste connecting the Heat sink to the CPU and GPU. In my experience, the factory thermal paste used in the original manufacturing of a lot of consoles are not great, to put it mildly. There is a good chance the original thermal paste has dried up reaching the end of its lifespan, so replacing it should fix the problem. You'll don't need anything to fancy - Artic Alumina thermal paste should do the trick. (Its made by Artic Silver, and you want the single syringe one, NOT the one that comes with two syringes. I believe you can get it here through iFixit, and its also the thermal paste typically sold with Xbox 360 RROD fix kits.) You'll also need the 2 Step Articlean to clean off the old thermal paste from the processor and heatsink, and prep the surface for the new paste. This can also be bought here on ifixit, along with most major computer parts and repair stores.

Ben i am really thankful to you . I really thought nobody will answer my question because i have a jtaged xbox 360.Well i think this is the solution i was waiting for. i will try both of the solutions to my problem.you will hear from me soon, in regards to my problem.

Happy to help! I look forward to hearing the results.