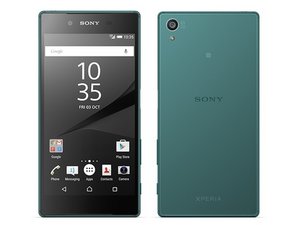 The Sony Xperia Z5 Android smartphone was released in October 2015. The Sony Xperia Z5 features 5.2 inches 1080 x 1920 pixels display and is equipped with a Qualcomm Snapdragon 810 processor alongside 3GB RAM and a 23 MP rear camera.

Display shows only backlight but no screen after replacement

my phone dropped and the glas broke so also the touch didnt work anymore properly. I bought an replacement screen on aliexpress.com and built it in and the screen shows only at the beginning green lines and then a blank screen, only backlight. After a few seconds the red light starts to blink 3 times and the phone restarts with the same procedure.

I tried to switch then my broke screen to test it but while i have dissassembled it there are a lot of glass pieces got away from it so i think the original screen also dont work. But what could it be that the new screen does not work? Because the seller guarantees me that its tested and worked before it was shipped.

Anyone had the same problem after the screen replacement?

Error Screen, then black after one second and only backlight. Connectors and flex-cables are cleaned with pure alcohol but the error is the same.

I think it should be refurbish screen, which is easy to have lines and blank screen, these kind of screen is cheap, but very weak flex, sometime you just fold the flex, then screen go black or blank, you should take a better quality screen.

would love to find a solution to this issue! We are having the exact same issue after many successful screen replacements and no issues. Thought it may have something to do with cheap aftermarket screens so bought a service centre part and same issue. Backlight only????

please could you advise where to purchase these fuses

Where/Which one is those fuses?

From where to puchase Z5 premium “v” fuse?