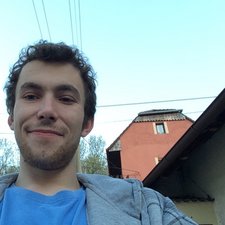 First i want to apologize for my english.

So I replace lcd and touch screen (also with 3D touch). LCD and touch ID works perfectly but 3D touch doesn´t works correctly, specially on sides of the screen. Does some one similar problem?

Was it an ifixit screen replacement?

I havent done one yet, but it could definitley be a faulty screen, you dont happen to have another one to test do you?

try to clean the conection and try again if not replace screen.

Replaced screen twice, even with 3dtouch set to "firm" a slight touch to the screen tries to bring up 3D Touch. Especially frustrating when typing.

Thanks for your answers and tips. Problem was in IC on screen flex. IC was not programed.

It may just be due to a bad screen or a poor quality screen. Try getting it fixed by apple its only about $129.00 USD

Seriously, you should not have even touched your phone. Apple does it for cheap compared to buying the part yourself etc.

Ithought so too, but i wanted other opinion too, thanks

will apple touch fix it if the screen has been replaced?

Shelly, Apple will check for all original parts since opening your phone voids all warranty. If you can you have to switch to the original one and they might not notice it has been touched.

so did it resolve? n if it did whats the process? im having the same sensitivity defect on 6s! like a light touch activates the 3d touch! help me on this!

Not all the replacement screens in the aftermarket have good performance on 3d touch. Check this test:

Had the same problem, we changed our first 6s screen (a phone we bought cheap with a broken screen) we bought some 3rd party screens with the lcd attached and the 3d touch would work on the left side of the screen but not the right. We bought this phone just to try.. conclusion.. don't buy 3rd party screens.. take it to apple.. Not until the distributors can master the 3D touch at least.

Hi Guys update I've replaced a few 6S screens and it didn't work so being the perfectionist I think I am lol I went all out and tested it many time still noting finally I made sure the screen was really snug and put sticky tape on top and bottom of screen and Viola 3D Touch started working .. This worked for me hope this of some help to any others with the same issue

I also had this problem , was advised by the seller to make sure that the backlight was fully covered by metal LCD plate (Although what this would have to do with Force Touch I have no idea)

Ended up getting the entire phone replaced ......... but will be following this post with interest!

Ok for everyone following this thread here's an update. I received an email today from one of my suppliers saying the following:-

So it looks as though 3rd partys have figured out how to keep 3D Touch / Force Touch working properly now! They said initially with the 6S that the 3D touch was causing big problems but their engineers fixed it.

I guessed (possibly incorrectly) that posting the supplier contact information here wouldn't be allowed for some reason? If that's wrong please let me know!

Alex, I just changed my first 6s screen and didnt even think about the force touch. Well its not working. is there something i can try? How did you get the phone replaced?

I unfortunately never determined what caused the force touch problems .... Ie whether it was an error on my part during the repair or an actual fault with the screen I ordered but yes Apple did replace it. The phone was only 2 weeks old and the replacement screen had the Apple logo on every cable so it must have been a full OEM original part that I ordered (it was expensive!)

Did you order the screen from ifixit?

No the screen didn't come from Ifixit. I think like most screens out there you just have to make sure that you get a decent quality replacement screen.

There is so much that has got to be taken into consideration now with the 6s LCD.

On the iPhone 6/5 etc you can have any grade of OCA (different widths etc) and it wouldn't really matter. Glass thickness could be different but it wouldn't matter. Now 3D touch is here everything needs to be perfect. The glass/oca/polarizer all need to be 1:1 original to maintain 3D Touch.

My opinion is don't ever use a 3rd party LCD on an iPhone 6s.

For everyone who says to bring it to Apple store to replace the screen, apparently you haven't tried this yourself. Latest is that Apple tells everyone their phone is bent or damaged in some way (even though it is not). They say because it is bent they will not replace the screen and that you need to buy a new phone.

Which is why all these other companies are charging more than Apple store, because they know that the Apple store will not replace the screens on your phone anymore.

If you replaced the home button as well Touch ID will not work because the fingerprint sensors are serialized. Replace home button with the original one and it should be OK. Otherwise you may have damaged the ribbon cable. Try reseating the cable if that didn't happen.

Here i found a usefull article Iphone 6 and 6s

Apple’s iPhone 6s and iPhone 6s Plus are the company’s most successful iPhone launch, with over 13 million sold in its first weekend of sales.

I know the solution you all wrong and missleading poor people ,

Thank you please notice me if it helped you -uri kaspi