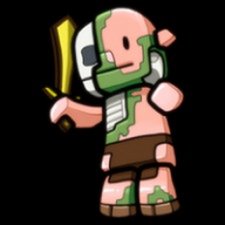 Have a Mac Book Pro Late 2011 15" and would like to upgrade the RAM if possible, what is the best type I can install and is it true that I can put in 16GB's instead of 8GB's?

Details: 4 GB of RAM is installed as two 2 GB modules, no slots free.

*Apple officially supports a maximum of 8 GB of RAM, but third-parties have determined that this model actually is capable of using up to 16 GB of RAM with two 8 GB memory modules.

Best RAM upgrade is an SSD, if it doesn't have an SSD it will still be unbearably slow after the RAM upgrade. You can get 16 GB in this machine though.

I am using 2x8GB 1600MHz RAM modules in this MacBook Pro. Works noticeably faster than the standard 1333MHz.

I used the 16GB config for nearly 2 years and never noticed overheating problems. The RAM was stable and the machine worked so well that at some point I wasn’t aware anymore of the modified configuration (now 2x8GB at 1600)!

I sold the machine in the end due Mac upgrade. RAM never failed on me, the system worked fine (no overheating as I applied new thermal paste way before the RAM upgrade (Arctic Silver, I recall?)).

Just in case I would get my hands on one of the 2011 MacBook Pro again, I would do the same thing: new thermal paste and RAM upgrade. After SSD upgrades (Bay 1 SATA 3 and Bay 2 SATA 2) this RAM change was hands down the best upgrade.

Hi, I have same config, but have seen considerable amount of overheating even after cleaning up and applying new thermal compound. This when running heavy processor intensive apps. Do you see same problem?

HI, any recommendations for 16gb ram modules for my macbook pro 2011 late?

Hi! How's your machine holding up these RAM modules so far? I've got 8GB 1333Mhz but about to double it and seeing people using 1600Mhz modules is even more exciting!

Can other users who have done the same share their experiences too?! I'd really appreciate!