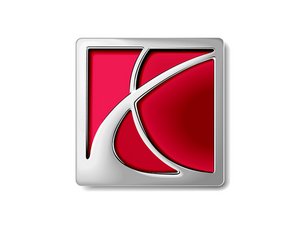 What does "service hybrid" message mean on a 2008 Saturn Green Line Aura?

My 2008 Saturn Green Line Aura has the message "service hybrid." What does this mean? Is it something that should prevent me from driving it?

I would ask the dealer.

General Motors has decided to conduct a Voluntary Emission Recall involving all 2007 model year Saturn AURA Green Line Hybrid and VUE Green Line Hybrid vehicles and certain 2008 Saturn AURA Green Line Hybrid vehicles. A battery case condition on these vehicles may cause a voltage imbalance in the hybrid battery. If the imbalance exceeds 0.6 volts, the check engine light will illuminate and hybrid function will be disabled. If this occurs, the charge/assist gauge would show no movement, the fuel economy light (ECO) would not illuminate, and the vehicle will be powered by the gasoline engine only.

Retailers are to replace the 3 hybrid cassettes that make up the battery assembly.

General Motors has decided to conduct a Voluntary Emission Recall involving certain 2008-2010 model year Chevrolet Malibu and 2007-2009 model year Saturn AURA and VUE hybrid vehicles. The hybrid function on these vehicles may become inoperative. If this occurs, a "Check Engine Light' will illuminate in the instrument panel and/or a "Service Hybrid" message will illuminate in the Driver Information Center, the engine will run in the gasoline engine mode, and fuel economy would be reduced.

Dealers/retailers are to replace the hybrid batteries and reprogram the engine control module.

I have 2007 Saturn vue greenline hybrid. Took it to the dealer to get it fixed. I bought the becm module and also replaced the hybrid battery and I can seem to drive it away.mmand the mechanic couldn't give i

Well the dealership told me that if I buy them it could be programed. I paid a lot of money for parts and still they wort able to fix it. Check engine still on ..not programed and other malfunctioning are burning out