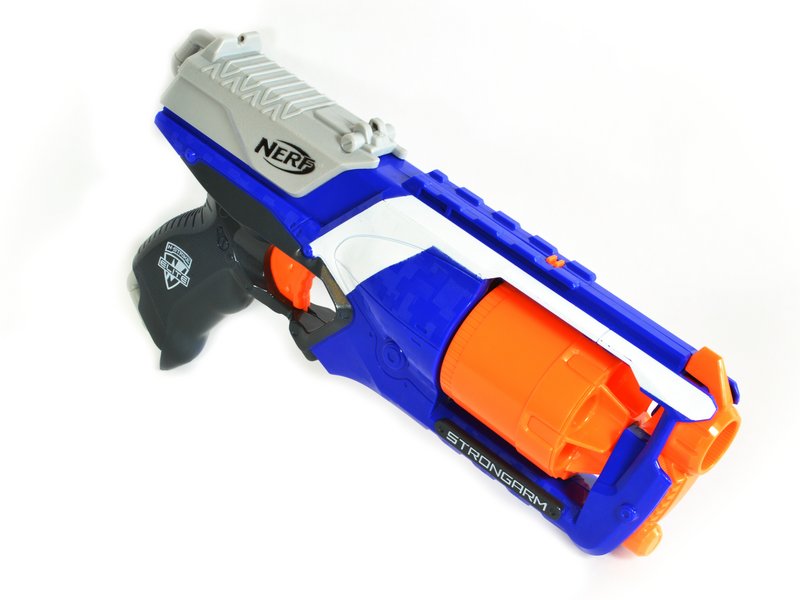 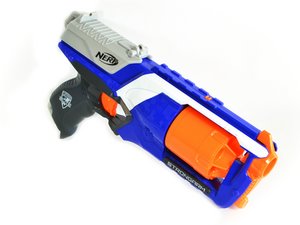 Ensure that the cocking mechanism is primed before firing. If the blaster is being used properly, you might have one of these issues:

If the trigger feels loose, the firing mechanism assembly may have been knocked out of place or damaged. You can follow this guide to disassemble the device and fix or replace the mechanism.

In some cases, the spring piston chamber that holds the energy to fire the blaster darts as compressed air might become cracked and allow air to leak out of the chamber. This will prevent your blaster from firing darts very far or sometimes at all. In order to fix this, you must replace the chamber by following this guide.

When the blaster is operating properly, the barrel shouldn't rotate freely but only rotate to the next dart in between firing. If this is not the case with your device, one of these issues might be the problem:

If the barrel isn't rotating at all, it is possible there is debris in the barrel inhibiting its rotation. Inspect the internals of the blaster to verify this and remove the debris by following this guide.

At the end of the spring piston, there is a part whose sole purpose is to hold the barrel in place and rotate it to the next dart after firing. This mechanism might be broken causing the barrel to operate improperly when firing. In order to fix this issue, it is necessary to replace the spring piston mechanism by following this guide.

With heavy usage, a broken part inside the blaster may be in contact with another piece preventing the blaster from reloading. One of these issues may be the problem with your device:

If it appears that the locking mechanism locks or stalls during the reloading process, it may be misaligned and jammed with some other mechanism in the blaster. Follow this guide to ensure that this is the problem and attempt to realign the mechanism to return the blaster to its normal operation.

In order to hold the position of the piston after the device has been reloaded and trigger the piston when the firing trigger has been pressed, there is a single spring that lifts up the reload locking mechanism and compresses when the device is triggered. This spring may be dislodged, broken, or misaligned to prevent the locking mechanism from releasing the piston when triggered. This spring can be fixed or replaced by following this guide.

The barrel can be released from the spring piston mechanism and opened up to reload the device with 6 Nerf Elite Darts by pressing down on the orange switch located on the left side of the blaster. If this switch is jammed in any way, it can make it very difficult to reload the blaster. One of these issues may be preventing the switch from depressing:

The spring which holds the switch out may be damaged or misplaced causing the switch to not press down properly. This spring can be fixed by following this guide.

If your blaster got dirty and won’t fire, there may be debris in the blaster. To fix this problem, you can take the blaster apart and clean out the debris. If the blaster still won’t fire you may have gotten debris in the air compressor and you will need to clean it out in order to return the device to its normal state. This can be done by following this guide.

One common problem I’ve encountered with this gun that isn’t covered here is that the spring will slip and fire when you crock it back especially if you don’t pull it straight backwards.

This is happen to my disruptor and I have had the same problem, when pull the back of it, the spring does not catch, making the blaster useless