Grab a toolkit for your MacBook Pro 13" Unibody Early 2011 model and fix a broken laptop! 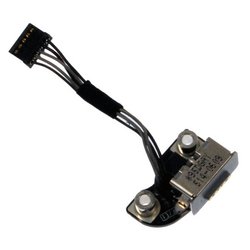 In February 2011, Apple refreshed the 13" MacBook Pro line by changing to the Intel HD Graphics 3000, increasing VRAM to 384 MB, and upgrading to Core i5 and Core i7 processors with PC3-10600 RAM. The Mini DisplayPort was also replaced (but still backwards compatible) with the new Thunderbolt standard allowing 10 Gbps transfer speeds in both directions.

The MacBook Pro 13" Unibody for Early 2011 requires a Tri-point Y0 Screwdriver to remove the battery. The battery kit includes all the needed tools.

Once you've bought your parts and tools, check out iFixit's MacBook Pro 13" Unibody for Early 2011 repair guides for step-by-step instructions on how to make the fix.