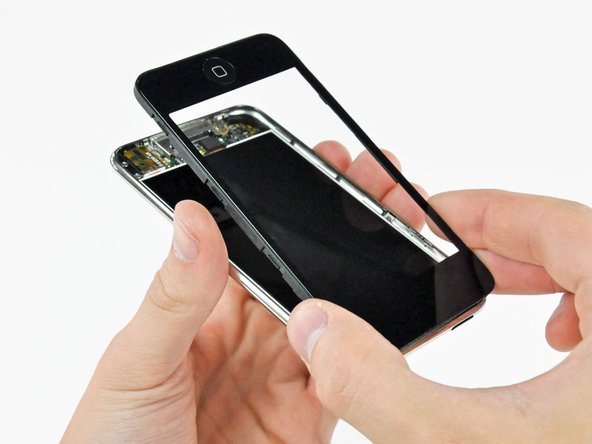 Remove the glass front panel to access your Touch's internals.

thanks guys! i fixed it and without you i would never do it! thaaaaankkksss!!! :D

Before you start, it is wise to have a front panel assembly that includes the front bezel, the mid-frame (plastic part with retaining clips) and a full home button assembly. It is A LOT EASIER if you buy one that is pre-assembled.

so please, really watch out with the ribbon cable!!!

Can anyone please help me I ordered a replacement screen and I put it all back to gether with out a hitch but now the middle row of Icons are not responding. Is there anything I can do to fix this issue? also the power button is not responding. anyone with suggestions are welcome thanks.

Sorry that this is literally 10 years late but, you probably damaged the ribbon cables during the opening process, you will need to order a new power button and a new display, these days it is literally impossible to find those parts so finding a new 2g on ebay is your best bet.