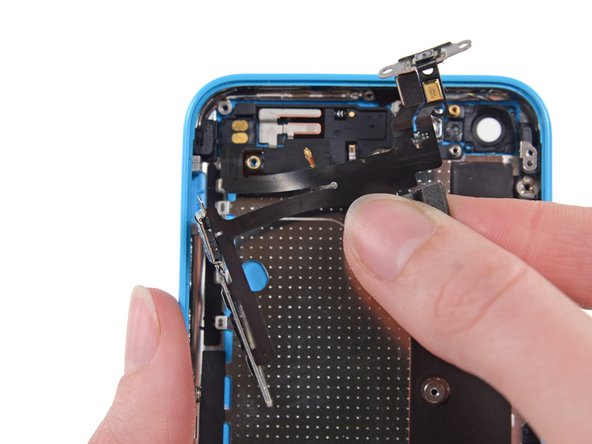 Use this guide to replace the upper component cable containing the flash, microphone, volume controls, and sleep/power button cable of an iPhone 5c.

I've seen a few cases where the button action was extra sensitive to screw tightness. The "permanent down position" you describe does sound like the screws are too tight. It's a pretty subtle difference between "too tight" vs "too loose." I would suggest fine-tuning the screw tightness on each side individually until the button action feels good, then reassemble and test. If the action is good but the volume still doesn't respond, you've likely got a disconnected, damaged, or faulty cable.

Yay!!!!! I did it! I followed all the steps, keep organized with little pieces of paper inside mini muffin pans with the screws and pieces for each part and it worked!! Now my volume, silent, flashlight all work!!! Thank you for the instructions.

Completed! It was a lot of fun going through the really well described procedure, thank you.