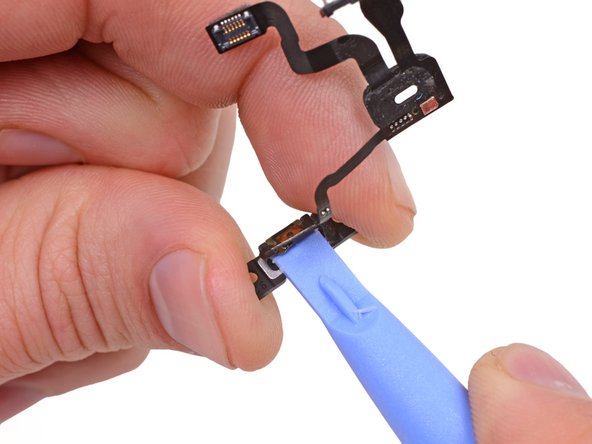 Use this guide to replace the power and sensor cable. This part contains the proximity sensor, ambient light sensor and power cable.

This repair will destroy your soul. I would not recommend even attempting it without even more specialized tools (eye loupe, headlamp, preternatural patience) as it is extraordinarily easy to ruin your phone with one quick misstep. I've thrown in the towel after weeks of attempting the job. After ripping the screen cable for the second and final time, I'm selling for parts.

i did the repair, and my power button is now working, however the loudspeaker is now very pour and i have a lot of noise on then screen when i make a cal, the sensor is working fine, but when i move the phone and look at the screen it is going "crazy" what have i done wrong?

i replace my lcd and my power sensor backlights turn on but display doesn't show anything any solution????