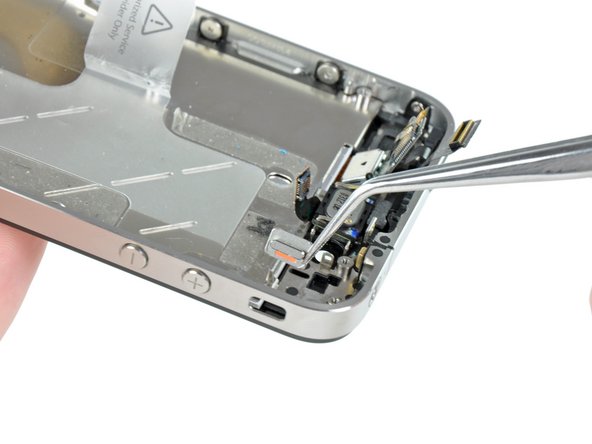 It should be added that before you perform ANY repairs to the iPhone 4, power it off and eject the SIM card FIRST. Then enjoy the rest of the repair! :)

But in step 7 you have a picture and saying to remove the chip tray, don't you think ?!

What is the nut under the yellow screw (1.4mm) i can't seem to get it in? And when i make calls it means i can't hear anything at all?