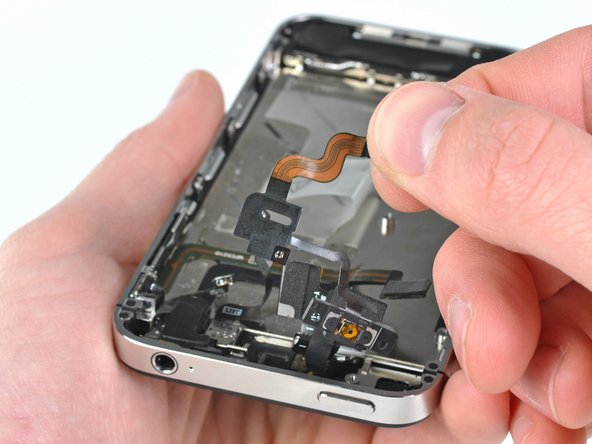 Use this guide to replace the electronic portion of power button and the attached ambient light/proximity sensors.

This one was a bit difficult with the routing of the cable, but overall easy for a first timer.

My power button quit working. I bought the cable assembly and replaced it per these instructions. Everything seemed to work at first but later I noticed my phone kept trying to shut itself off. Any ideas what is causing this? It only seems to occur after I use the power button. It is almost as if it is getting stuck down.

Please remove your screen first, before replacing power button or sensor cable. I advise you to not dare attempt to remove those Step 25 screws (power button cable bracket ) while screen is mounted.

It is too risky! Display's ribbon cable interferes with driver access to these screws. While driving these screws, I unknowingly broke my display cable. It is actually a delicate circuit, not just a simple flexible ribbon. If I knew just how delicate is display cable, then I would not have ventured to perform this replacement. (In my case, only proximity sensor was not working; power and and ambient light sensor were both functioning. In my case, it was not worth breaking a pricy screen for sake of a cheap sensor.)

With a broken screen cable, iPhone endlessly repeats a diagnostic sound or vibration.