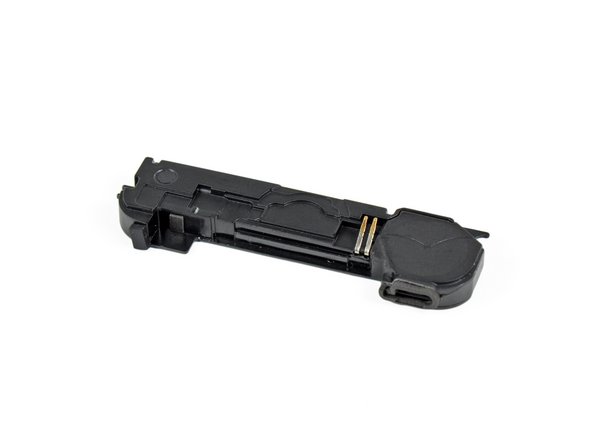 Use this guide to replace a blown speaker enclosure closest to the bottom edge of the iPhone 4.

My speaker was blown, just out of warranty. Apple wanted $199 to replace my phone. Bought the speaker enclosure, used your guide, put it all back together, and everything works perfectly! You save me a bunch of money! Great pics and instructions!

I replaced my iPhone 4's speaker closure successfully with this guide. Note that:

1. I skipped Step 13 to 19, which seem to be irrelevant to replacement of speaker closure.

after i change my built in speaker my A/V cable which connect my iphone to my TV was out of order whta you think the danmage and would you suggest solution?my iphone 4 ios6.1.2

This is not a mere DIY guide but it is also an ethical handbook. You provide a boost to people's confidence, so that they can overcome their limits, as they are encouraged to overcome those technical barriers that huge companies (such as Apple) would like to be insurmountable. Furthermore, and maybe more important, you aim to reduce waste and excessive use of natural and human resources.