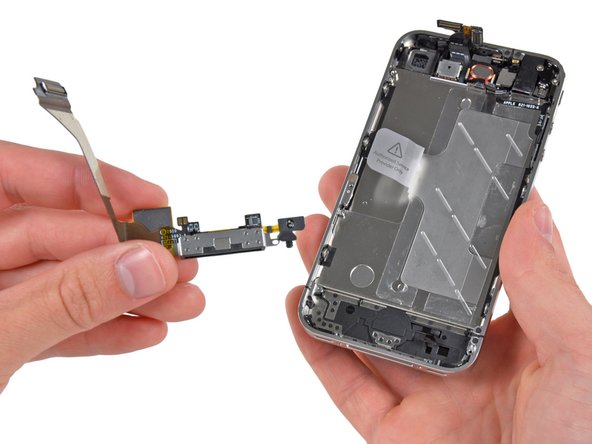 I found a cool iPhone 4 universal dock adapter that may help protect the connector from being damaged in the first place. It is called the LCYO Adapter (http://www.synthecept.com) and lets you dock the phone without removing the case. Just a thought, like I said it might help avoid a damaged connector!

I successfully did this, however now my mic is not working unless I am on speaker or using my headphones... anyone else have this problem?

I had two different little pieces of plastic on my replacement on the mic that I needed to peel off. You may have left some on. Not the easiest to check, but a possibility.

Removing the logic board seems to be unnecessary. I was able to replace the dock connector by simply removing the speakers and battery.

Also, it'd be nice if the dock connector came with a new moisture sensor.