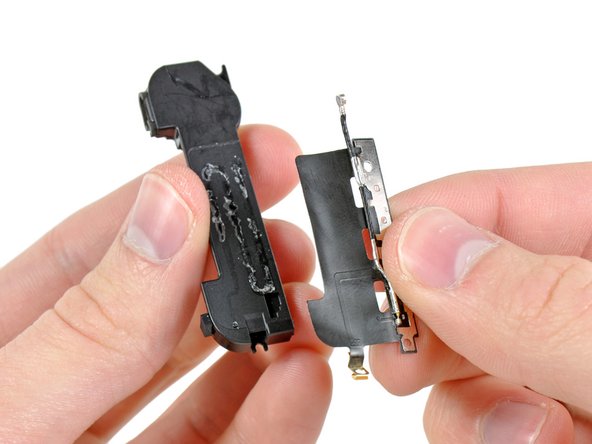 Use this guide to replace the cellular antenna normally adhered to the speaker enclosure.

That's not a WIFI antenna. The part that you guys are showing is the Cell Phone Antenna.

Dose the way you put the screws back on have anything to do with nerwork connection failure?..

I resently replaced my screen and after the replacment my phobe was not connecting to the data network. So i am wondering if it might have anything to do with the screws?..

This is the GSM Antenna not the WIFI as indicated in the tutorial.

The WIFI and GPS antenna is at the top of the iPhone near the cameras.

Do you know where to buy the replacement emf shields? I know that a metal tab broke off of the shield but I didn't pay too much much attention to it. Now I suffer with horrible wifi signal.

My phone has the same issues with no signal. Did a replacement emf shield work?