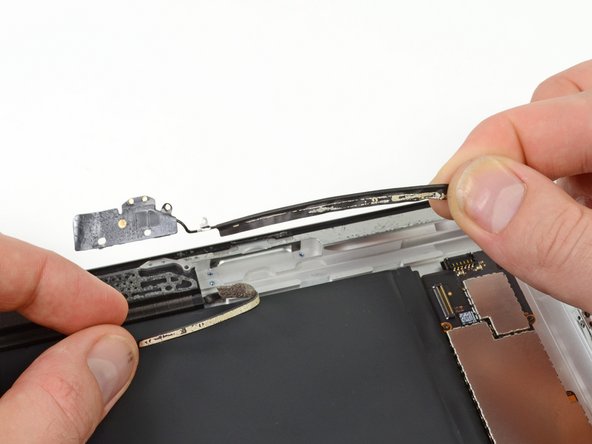 Use this guide to replace the Wi-Fi Antenna.

I need some help please : I just put back the digitalizer, I did each step very carefully and I have verified LCD and digitalizers ribbons before to put them back, but now the LCD screen doesn't switch on... When I plug the iPad on my PC, iTunes works normally and detects everything in the pad, and when I plug it I can hear all its sounds... do you think that the LCD screen is dead? How can I verify it please? Thanks for your help.

I snipped off the final 5mm of my iPad3 wifi aerial by mistake when I replaced the screen the other day. As a result the wifi range is significantly diminished. Replacing the whole aerial looks pretty daunting. Does anyone know if I can just replace the end of the aerial or extend it all?

Has anyone a similar experience?