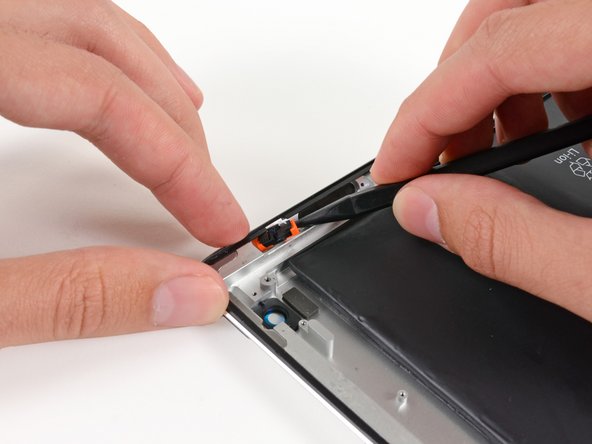 Use this guide to replace the rotation lock/mute switch.

I just got finished with replacing the power/mute/volume assembly in a wifi ipad 3, and I did not find that removing the headphone jack assembly was necessary. Just unscrew the rear camera so you can pivot it out of the way of the power switch, but it can stay connected via its ribbon cable.

Also, when reassembling I found that I needed to be careful about over-tightening the screws around all three buttons. If they were too tight they wouldn't click properly.