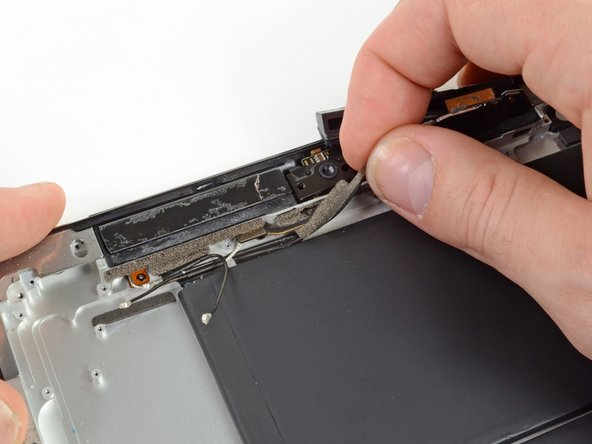 This guide will help you replace the right antenna.

During step 46 near your left hand. What is the part that fits right next to the front facing camera? It is a plastic housing that accidentally got pulled out and there is a small flex connector behind it. Can you tell me what I broke? I think it may be a bluetooth antenna. Thanks

Does it make a difference what order the antena connectors are connected? There are three, but it is not clear which connector is for which antenna. There are three antenna including the GPS. Do they simply connect left to right? Or is there a specific place for each?

did you find answer, about order that 3 antennas cable