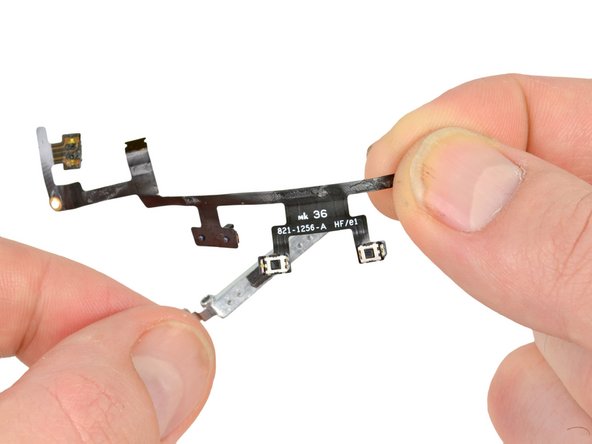 If you are having trouble turning it on or turning it up, you can use this guide to replace the Power & Volume Button ribbon cable in the third generation iPad.

Brett, if the outer power is the only thing NOT working because it does not press in (or make the clicking noise) could that be the only thing broken.

If I use a tool to push it in it works but it will go on and off intermittently. I already have the Ipad 3 apart because I am replacing the glass. Is there anyway just to replace the power button without all the other steps?