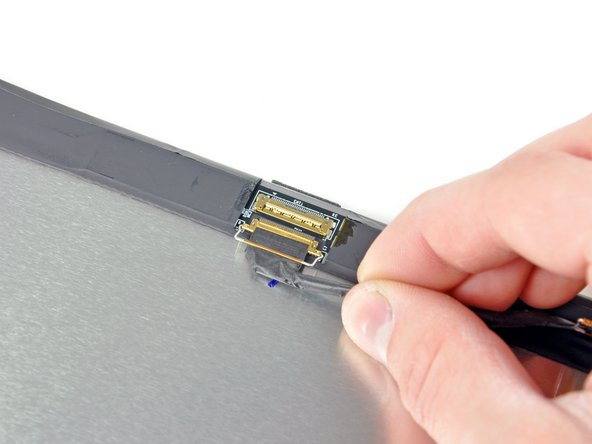 Use this guide to replace a broken display data cable.

Heat Gun and metal spudger is definitely the way to go. I recommend taking all ESD precautions as well. As a former Mac Genius this is vital for not a damaging the LCD and LVDS cable. I am having a tough time determining why the display wont come on after repairing the front assembly. Any ideas?

The Heat gun, way to spread out... for this job I use an iron. Either a small one for projects or just a regular clothes one... NO WATER! It puts the heat where it needs to be and does get it hot QUICKLY!

Hey guys, I followed the instructions and replaced the digitizer, now only touch is registered, but not swipe, what could be the reason? Picture is fine.

hi, i replaced my iPad with new battery, but after that the Touch not working. Only Home button working on the screen. What parts have been broken or damaged during the repair?