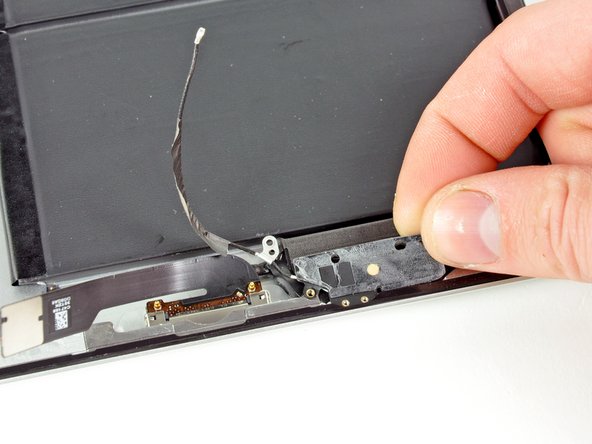 Use this guide to replace a broken antenna.

Be very aware of making sure the glass panel is completely clean of dust or fingerprints before reattaching to main body of iPad - once the new adhesive is applied it is tricky to open easily again.

i have a very bad wifi signal. can you help me ?

Hey guys how are you doing? Let me tell you my experience and I expect your comments.

I have changed my iPad 2 wifi antenna because I accidentally broke it when I changed my touch screen. So, I bought a new antenna and I have installed it already, now I can´t get a good reception of the wifi, I mean, I have to be next to the modem in order to be connected otherwise I get poor reception or nothing.

Do you have any ideas? Do I have to replace it for a new one?

Is sounds like the antenna is not working or is not connected properly. I would check the physical cable connection to the iPad first.

I have the same problem as you, I replaced the wifi antenna and it works but only when I'm right next to the modem. I tired to connect and disconnect the antenna cable to the logic board many times but no change. Can anyone help me out? Could it be a poor quality antenna?