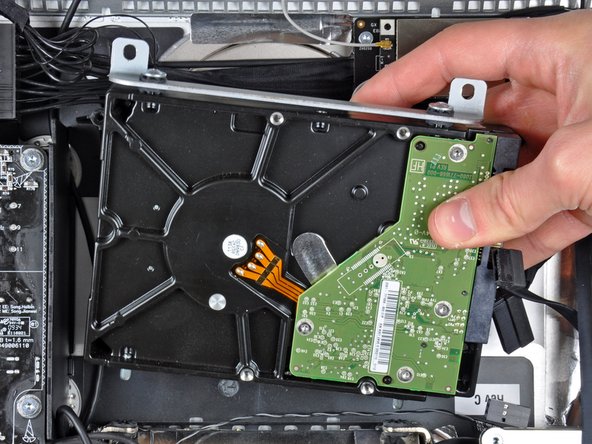 Hey I just replaced my i Mac HDD to a WD Green the previous one was really noisy. Thanks this walkthrough really helped me out. My I Macs now super quiet. This worked well for me. Thanks i fix it.

Your WD green is an SSD or another HDD?

Thanks for the guide guys, managed to replace a broken HDD in no time. However, I'd like to mention that standard torx bits could not be used to remove the display, a normal screwdriver with replacable bits is too thick to fit in, and bits are too short, so you will need something thinner (or longer bits).

Is it ok to replace the HDD with a SDD? (I know there is a tutorial for adding an SSD as a second drive, but I (and I'm sure others) don't have a big enough need or feel comfortable with the process involved.

What did you find out regarding this?