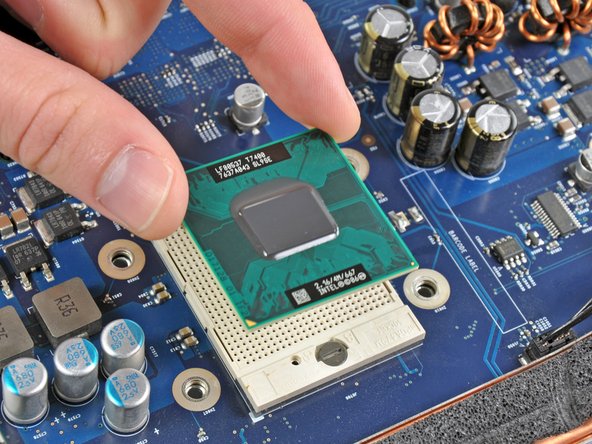 Use this guide to replace the CPU.

The GPU was overheating, and initially, I used SMFan to increase minimum fan speeds and disabled the GPU by following this video

but obviously this limited performance, so I thought , maybe refreshing the thermal paste was help and it has - I decided to do the CPU and the GPU at the same time and the only issue was the antenna terminals broke on the Bluetooth board as I remove the cable - being a bit heavy handed.

A Bluetooth dongle later and this is all fine, the system still runs a little hot, but that’s to be expected and for a 13 year old Mac, its pretty good.