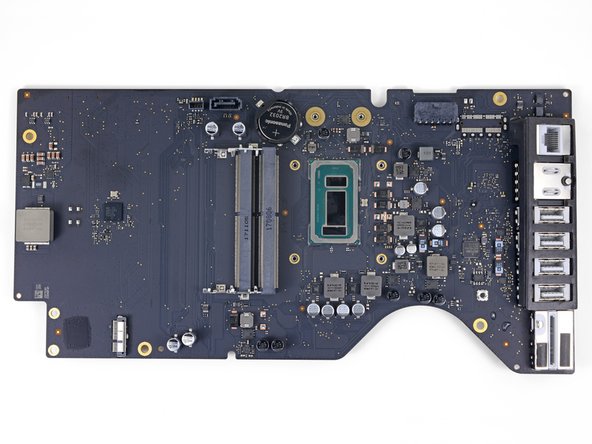 Follow the steps in this guide to remove or replace the logic board in a iMac Intel 21.5" EMC 3068.

Some images in this guide use a 2015 iMac, which has minor visual differences. These differences do not affect the repair procedure.

This guide is marked "potentially dangerous" because it requires you to handle a power supply that contains large capacitors. Unplug the iMac and hold the power button down for at least 10 seconds to help discharge the capacitors. Handle the board by the edges and do not touch surface components.

can I put a new logic board inside say the next step up from the base model to add a dedicated cpu that’s not soldered into the board?