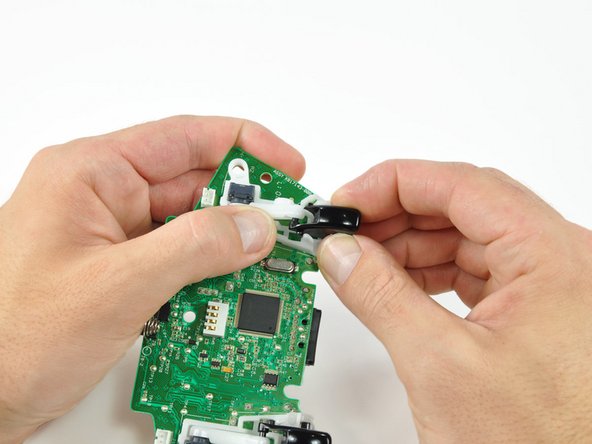 Fire away by replacing the triggers on your Xbox 360 Wireless Controller.

whats the name of that little "black box" connected with "long white piece" in trigger mechanism.. my left trigger is not working, mechanism is perfectly all right but still no action is being performed on pressing that trigger... right one is working fine.. plz reply that part name, can i fix if that part is the culprit?

use a small tag of double sided tape to hold the counterweights in when you rebuild or its nearly impossible to tip up the two halfs of the controller to fit them together. With the counterweight just slightly stuck into place with a tiny tag of double sided tape you can tip that half of the controller upside down to fit on top of the other half. Still awkward but do-able. Almost impossible otherwise.

If i leave out the vibrations things will it cause the problems tonthe board ??

These instructions were given in proper order and understanding