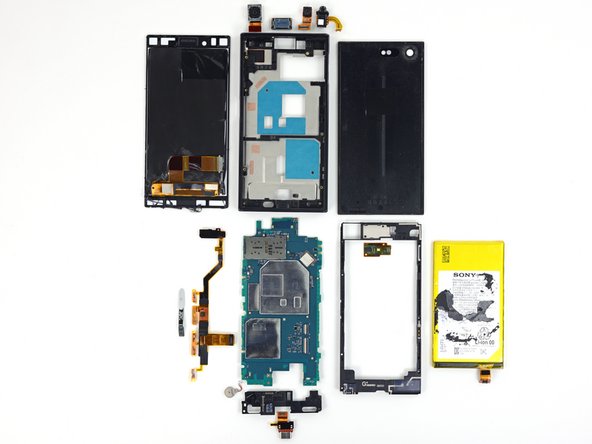 The fused display and globs of adhesive get the Sony Xperia X a repairability score of 6 out of 10.

Hello, Thank you very much for this guide. My job was not as involved as changing the display. All I needed to do was to replace was the battery. I specifically ordered a battery LIS1634 that is for X Compact (and paid more than fair price for it I think) only to find out later that it is the same as LIS1594 - which is for Sony Z5 Compact (which I received instead of the one that I originally ordered). Also, I was able to save NFC antenna by removing/ cutting the plastic sheet from the original battery (cut around the battery, not into the battery as you are increasing the danger of short circuit/ possibly injury or fire) and then trimming it around the antenna. I only did this because I fixed the phone for my personal use. If you are doing it professionally, please do a proper job guys! I would include photos, but I can`t attach any here. After replacing the seal at the back of the phone, it is good as new. Many thanks again.

Hi how are things.

I am trying to repair a Sony Xperia X Compact, but I don't really know what and where the fault is. You may be able to help me with some voltage measurements at the load center and on the battery power side.

I'm having problems with some sensors (I think).

Where is the electronics/connector of the proximity sensor located?

The problematic sensors are in separate phones. I am a DIY repairer for my own devices.