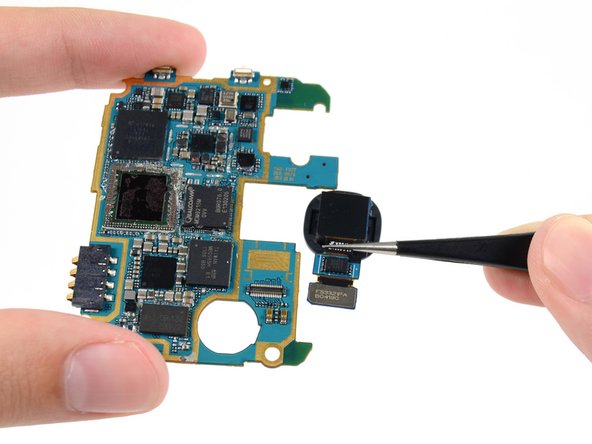 Use this guide to replace the rear-facing camera in your Samsung Galaxy S4.

If you are getting a "Camera failed" error message, first open Camera app from the Application manager and select "Clear data," then restart the phone. If this doesn't solve the issue, try a factory reset of the phone (be sure to back up your data beforehand). If these options still don't help, try reinstalling Android OS, otherwise you will need to replace the hardware itself.

You can also test the camera from the Hidden/Test menu, dial *#0*# to access the service menu.

Where do you recommend getting the new rear facing camera from?

where do you recommend to buy a new rear camera?

Useful step by step guide, I was able to replace the cracked lens on the camera following the instructions here. Without them I wouldn't have had a clue where to start and what to unclip. The kit I used was purchased from ebay and was straight forward enough to complete that part without the need for further instruction. For a few pounds I have increased the value of my phone for trade in at next upgrade. Very pleased with this result. Thank you for the comprehensive instructions.

what a great guide! took me less than an hour to replace the camera...this success gives me the inspiration to do the bigger job of replacing the sealed battery in my sisters macbook pro 13' late 2013 model...for those asking about where to get a replacement camera, I got mine from ebay for $19 AUD including postage!

Hi, Can the same technique and part be used on the Samsung Galaxy S4 mini?