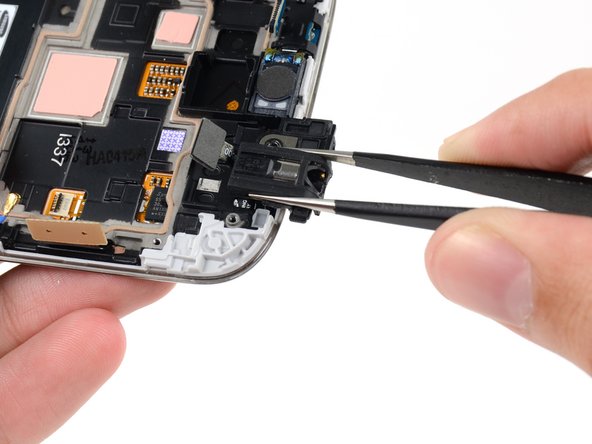 Use this guide to replace the headphone jack assembly, including the status light and infrared sensor, in your Samsung Galaxy S4.

I accidentally inserted an electric pin instead of the auxiliary jack into the head phone jack assembly. There was a loud screeching sound and ever since then the head phones do not work. However, I can play music through the phone speaker and also with Bluetooth. I cannot listen to music with my ear buds or head phones or with auxiliary speakers. I have replaced the jack assembly with a new one and yet it is the same. What more can I do to rectify this?

Did you ever get help on this? Having the same problem.

I too am having this issue. I assume we have fried the amp for external audio with wtv current we happened to let touch our aux ports. Sounds like I bigger issue to fix. Just still wondering if I can.

Where do you even get the part?