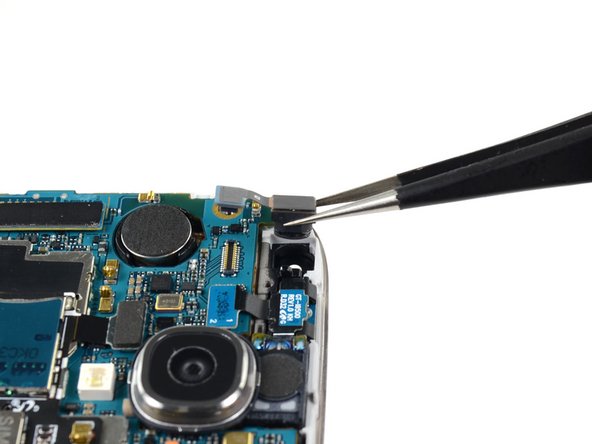 Use this guide to replace the front-facing camera in your Samsung Galaxy S4.

Hi my front camera is bright white all of a sudden... is it broken or am I I'm some sort of mode it's only the front facing cam. .

Great set of instructions! Pictures are very accurate and helpful! When it only take 5-10 mins to do something you have never tried before, you know the instructions were excellent! Thanks

Excellent instructions. At step 12, the bracket is fragile and can easily ping off across the room so be careful. Thanks.

My front camera is a bright white also, even on video recording but you can still hear sound.