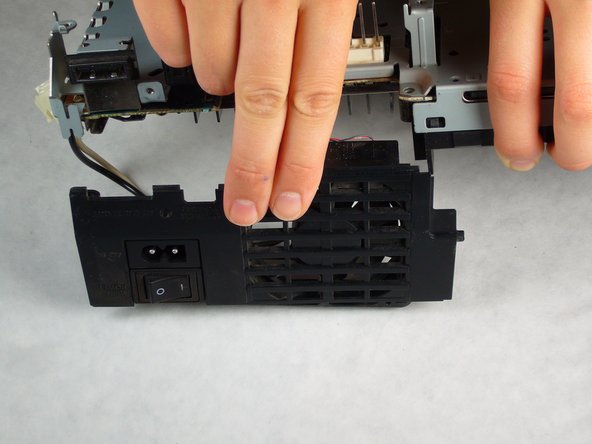 what about on fixing when the unit doesn't turn back on? Replaced the ribbon cable after blowing out the dust, reassemble the unit and it didn't turn back on no green or red light's.

What do I do if the fan connector to motherboard has a broken leg? Can I rewire the connector to other points to solder to the board?

What about the slim model? Is there a guide for that?