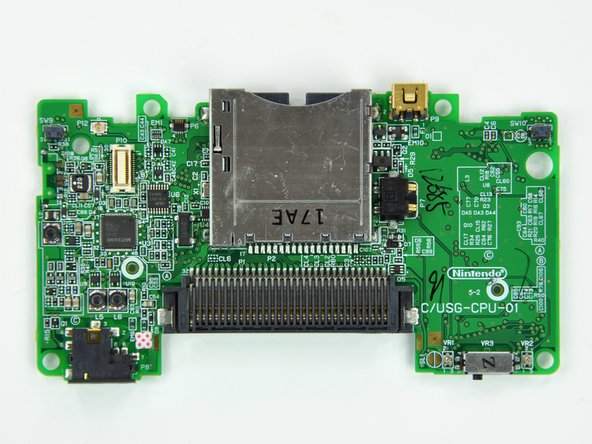 Hey I took my do lite apart to repair the mic but then I saw that it would be risky do I put it back to tether carefully and now when it turns in the bottom LCD screen flickers then shuts down after the two speakers make a tiny pop sound, I did plug the top LCD screen cable back in but now I'm sad cause it's my first ever do before my 3ds, please help

Just checking but did you make sure to reinsert the tiny ribbon cable from step 13? might be something tiny you overlooked?

Is there any way to replace the socket for the touch screen? I bought a used DS lite with a non working screen and when I opened it I found out that the flap was broken

Hi, I was trying this and everything works, but my left trigger button on the motherboard came off. I tried resoldering it and test it and it works… too well. As in it's constantly being pressed on, or it's registering constant button presses, even though it's not being pressed on. When I resoldered it, it only had 2 metal contact pins at the bottom. If I can get help for this as soon as possible, the repair will be complete.

The “microphone connector" is actually the digitizer ribbon, the microphone runs through the same cable as the top screen. Just a minor thing I wanted to point out.

Worried I fried my replacement board. Replaced just fine, but when I did a quick power check before I closed it up, the battery fell out and now it won’t turn on at all. The battery still turns on my old board even tho it’s separate from the chassis, but not with the new board.

Step 13 needs beter images. The ribon cable for the touch screen is secured in place by a black tiny flap. If you loose the flap the touch screen looses its capabilities to be such thing. by far the most dificult step in the guide.