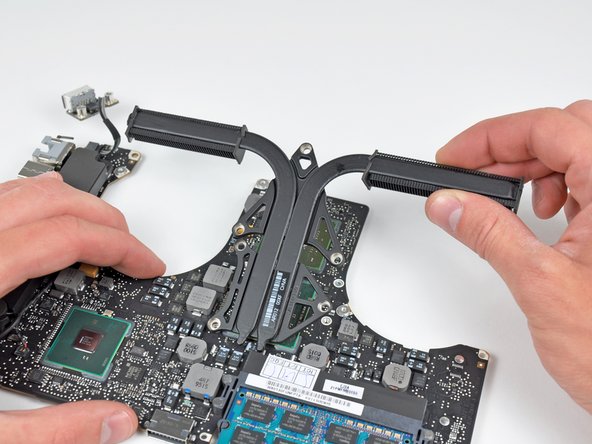 Hello guys!! Can you help me?

I have the same MacBook Pro 2010. I want to replace the thermal compound in it.

Can I use liquid metal??? I mean, does the heat sink have aluminium metal??

Try Gelid Solutions GC-Extreme or Arctic cooling 5, They worked very well for me

After i had done the whole procedure of pasta sink changing. I powered my Macbook Pro and it has changed everything.

It has been very very slow, it changed the Clock, the Calender, did not work mouse, just an outside bluetooth mouse. It has SSD, but it has been reall really slow. So, as it has changed the whole OS X system.

When i had done the sink changing, i have just powered on my Mac. But it is not working, as i mentioned above.

Any idea to solve this big problem?

is it normal to have a clogging substance in between the heat sink and the chips?

This is thermal paste, it help to get heat from the CPU to the heat sink. You would be best to clean up the paste that is there and apply new one.