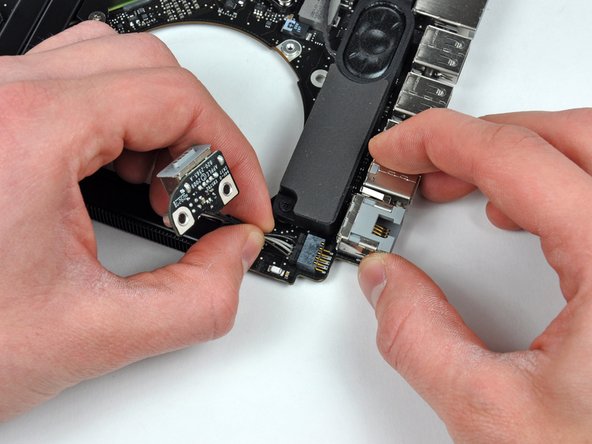 Charging issues? Use this guide to replace a faulty MagSafe DC-In board.

Great guide. The locking flaps in Steps 18, 21 and 23 are a little hard to decipher in the pictures. I accidentally pulled out the keyboard ribbon cable without unlocking its retaining flap, but I apparently got it in back correctly (after lifting the flap) and didn't break anything because everything works now. This has solved the charging problems I've had for years. I should be able to get a couple more useful years out of this machine now.

How long did it take you Anonymous 7084?

Very good guide. It worked out perfectly for me. It takes around 45 minutes to complete.

Question: In My late model 2011 MacBook Pro is the pin port replaceable? The actual pins? It looks from the photo (step 28) as though it is adhered to the board. The receiving pins in the port in my Notebook are burning away and charging plug contact is greatly affected.