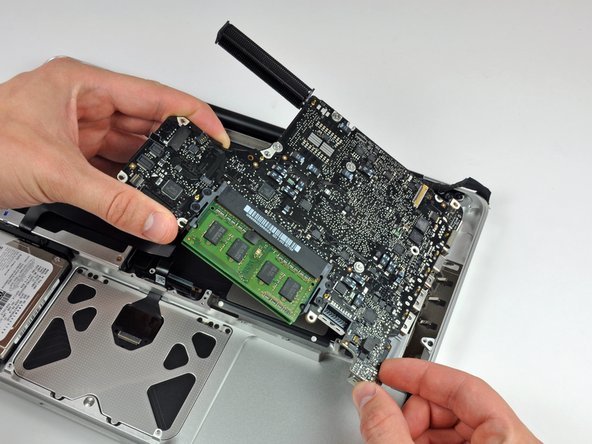 Replace the logic board in your MacBook Pro 13" Unibody Mid 2010.

My Mac book pro mid 2010 unibody 13' suddenly stopped working and was diagnosed for water damage. followed step by step instruction to disassemble and reassemble the logic board. Even the cleaning procedure for the water damage was available on the ifixit website. The author's instructions are very clear and precise and the colour coded markings about the screws and all other instruction are very precise. My mac book is now back to life after two years. THANKS A LOT to IFIXIT and the AUTHOR.

Thanks so much. A Wonderful Resourse. The Logic board Tutorial is great and computer is working so far!

Logic board purchased from ifix also!

Absolutely great guide for logic board replacement. iFixIt.com was also great in overnighting a replacement to the first logic board they sent me because it was missing the fan connector. Love the warranty on their boards. Worth the extra money vs buying on eBay, etc.