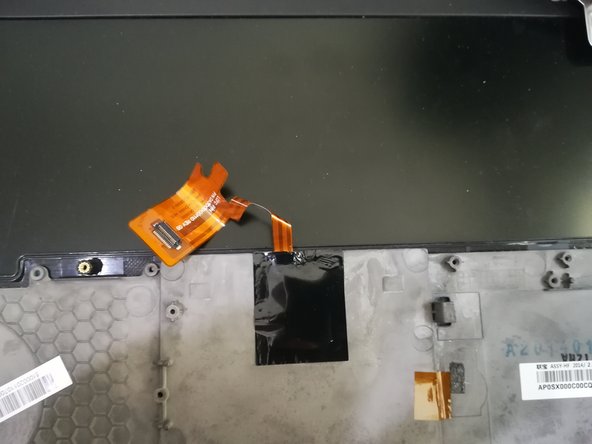 This guide will show you how to add a new touchpad to the X240, perhaps to replace one damaged or to upgrade to the superior X250 one, which has separate mouse keys and better response.

As the touchpad is held in place only by glue strips, it would be wise to save some of the old ones and use them under the new touchpad.

As the touchpad is held in place only by glue strips, it would be wise to save some of the old ones and use them under the new touchpad.

You dont need to Remove MotherBoard, just unscrew the ones holding touchpad, lift up touchpad, remove cable, and swap with new one, its litte harder to stick cable back in bacouse there is so little spaces, but its easier that you show. But still, nice guide,.

which 3-button touchpad X250 model should you choose?

This one worked for me, however you should always consult the system service parts manual for complete information.

Thanks for the detailed info.

Ignore steps 3,4,5,6. Peel the black plastic back in the oposite direction from what is shown in step 7. The connector is exposed and, with the aid of a bent paperclip, the retaining bar can be lifted and the cable removed. On my machine, the clunkpad was only held in by two screws. Lift the screw side with a spudger and slide the pad across towards that side and it pops out - no glue! Fixing the cable to the new touchpad is a bit interesting but can be eased by using a strip of plastic cut from a credit card (or two thicknesses of milk bottle). The plastic can be pushed up against the connector as the cable is replaced - which directs the cable to the right spot and stops it getting caught on the bottom edge.

Great manual. I also skipped steps 3,4,5,6 and was able to replace the touchpad on my x250 in around 20 minutes. I added a new double-sided tape square in place of the old glue pads.