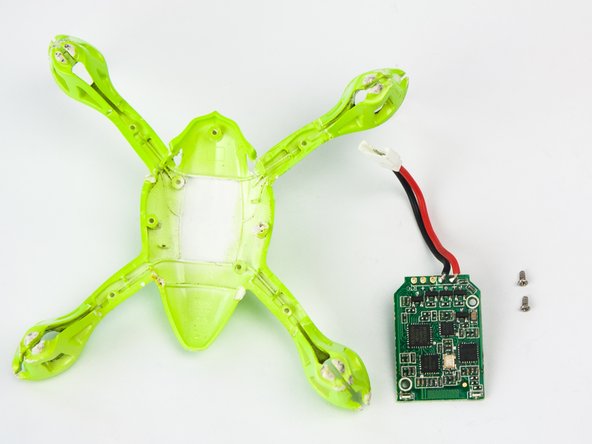 The Hubsan X4 107L is a rugged, entry level quadcopter ideal for RC amateurs learning to fly. This is a complete teardown guide for the X4.

Will I be able to conect the controller to the receiver with the new motherboard?

It's been my experience the transmitter will bind with what ever quad is ready to bind. I routinely steal my buddy's quad when he plugs it in before he turns his transmitter on.

Just a qiuck note. I burned 2 motherboards with those blue replacement batteries...

hi, while connecting x4 h107c + with 2 wires from battery to the 3 pin on pcb..the motor only spins..no led lights..what can be wrong ?

I have the same issue. The ground being in the center I do not know if the positive is on left or right. Maybe using a small wire to jumb the two to each other?