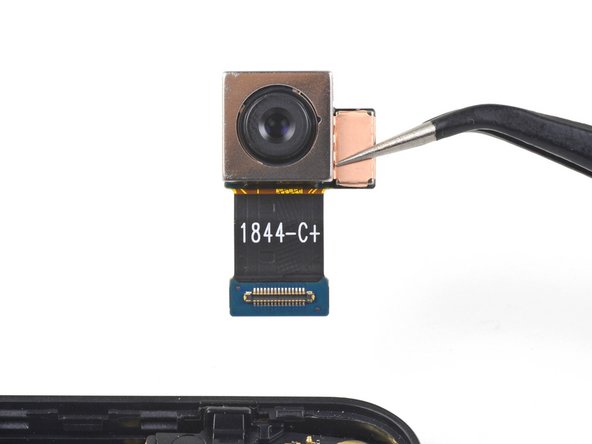 Follow this guide to remove and replace a defective rear facing camera for the Pixel 3a. The camera is modular and easy to replace.

The Pixel 3a’s unreinforced display panel is fragile. If you are reusing the screen, be sure to pay special attention to the warnings in the opening procedure.

The trickiest part of the procedure is re-attaching the proximity sensor connector, which requires some patience and finesse.

Do you think it’s still worth attempting this repair if I have a 2” crack at the bottom of my glass? The LCD is still intact. Looks like there’s a spot/scratch on my camera sensor, and I’d like to replace it, but I suppose I’d rather have the screen intact than the camera repaired.

I think that if you attempt to remove the screen, the top glass will crack significantly more. You can get the top glass replaced, but due to the fragility of the LCD panel, I would suggest a repair shop for that kind of work.

Would it be possible to carefully use heat-gun instead of the IOpener? Or do you think it would be too risky over heating and damaging the display or other component of the phone? I want to do the fix myself with IFixits essential tool kit, I already have the heat gun. Thanks for your advice![br]

You can definitely use a heat gun. Be very careful as the OLED panel is susceptible to heat damage.

Whew. That was a challenge. But I now have a working rear camera on my 3A. Thanks to iFixit for making this possible.

Assembling step 11, I forgot to apply the tape over the screen connector. Everything works tho, at least for now...