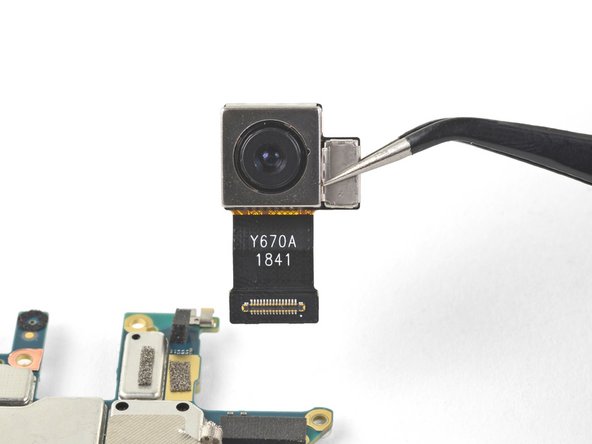 Pixel 3 and pixel 3xl rear cameras are same. If I buy pixel 3 camera and can I use this on pixel 3xl?

Time is not correct for this job. Only the disassembly itself takes 90 - 120 minutes. But assembly is a separate type of torture. Only to separate the old adhesive tape is very hard. For the instructions thank you, with bolts during assembly helped, but I do not recommend to disassemble it on your own. In my case, a professional replaced the camera for about 5 hours until I took my phone back.

It is possible to remove the rear camera without dismantling upper or lower speaker. The main PCB is sufficiently flexible. However, take care of the speaker connections while moving the PCB.

Most difficult step is the initial opening of the the back cover of the phone. I broke it (as it is made of glas), though being really carefully using dental floss to “cut” the glue. All other steps are not particular challenging.

Thanks for the ifxit guideline!

I noticed pixel 3 cameras have different model numbers. Must the model number for the old camera be the same with the replacement?